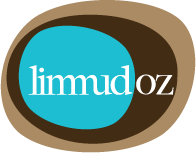 This year in Melbourne from June 7th to 9th, Limmud has some great international speakers, as well as incredible local presenters. With more than 170 sessions, we thought we’d highlight some of the speakers and sessions NIF supporters might find interesting.

You can buy tickets online - the early bird special (a 20% discount) expires on May 31st.

“Everyone has the right to be a bigot?” – talking about 18C on a panel which includes former Age editor Michael Gawenda and Human Rights Commissioner Tim Wilson – Sunday, 5:15pm

“Who speaks for the community and who should” – panel including Ashley Browne, Gary Samowitz, Jeremy Jones, Manny Waks and Nina Bassat – Monday, 1:30pm

“Is BDS antisemitic?” – member of NIF Australia’s Advisory Council Mark Baker analyses the ways people talk about BDS and reflect on how its claims can be countered – Monday, 2:45pm

Once you’re at the conference, come up and say hi!

You can buy tickets online - the early bird special (a 20% discount) expires on May 31st.