In just over a month there will be an election in Israel. This edition of Israel Refocused offers you a reflection on the issues, parties and candidates involved, through the lens of NIF’s core values of democracy, equality and peace.

We have also included a number of tributes to the David Landau z”l who passed away a couple of weeks ago. David was a former editor of Haaretz and the Jerusalem Post, and visited Australia for NIF Australia in 2011.

Finally, if you missed it two weeks ago, you can view video of our event with Bernard Avishai on our YouTube page. 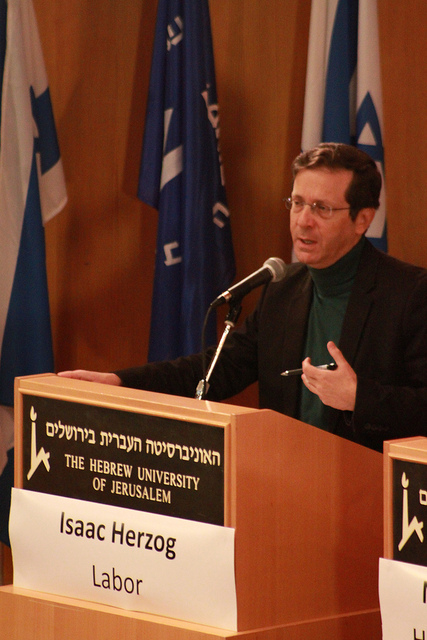 On March 17 Israelis will go to the polls to elect the twentieth Knesset. As with most electoral systems, Israel’s can get a little confusing; Ynetnews has created has created a very useful outline of what is involved, the parties contesting the election, and a list of candidates for each party.

To be eligible to enter the Knesset a party now requires 3.25% of the general vote or four seats, in contrast to  previous elections when the threshold was half that number. A reason given for the change is to encourage people to vote for larger parties or blocs which will result in more stable coalitions. In theory this seems reasonable; Israel has proportional elections and it is almost impossible for one party on their own to secure the required 61 seats to govern on its own. However, as Gershom Gorenberg comments, “the beauty of Israel's original political system... is that it was inclusive. It co-opted small political communities into the workings of the state.” He also points to what may have been another, more sinister motive behind the raising of the electoral threshold - reducing the representation of Arab parties in the Knesset.

The raising of the electoral threshold has resulted in two significant changes to the political landscape for this upcoming election. Firstly, Buji Herzog’s Labor Party and Tzipi Livni’s Hatunah are running on a single ticket. Named, the ‘Zionist Camp’ they are steadily positioning themselves as a politically viable alternative to to Prime Minister Netanyahu, and have addressed the right’s claim that, if elected, they will compromise the security and Jewish nature of the state. Herzog and Livni argue that Netanyahu's policy of maintaining the status quo is risking the country's Jewish majority and that a security policy centred on ‘conflict management’ is a threat, rather than a solution.

Secondly, the four main political parties representing Palestinian citizens of Israel will run as a joint slate. Despite being as different from each other as any parties on the Jewish-Israeli political map, the Arab parties running together means the chances of having a well-represented Palestinian bloc are greatly increased. 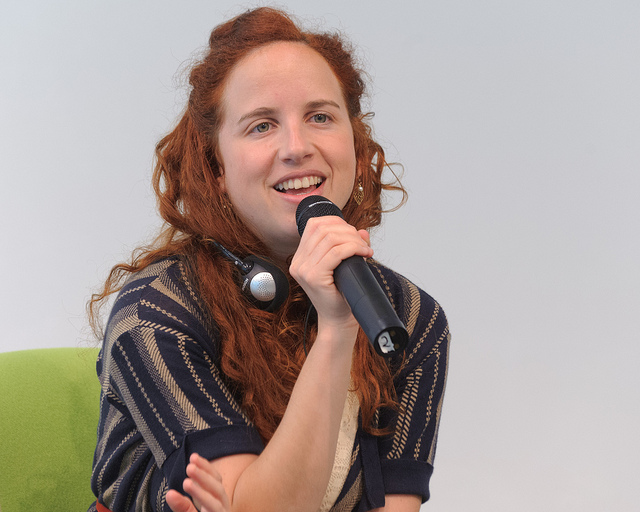 She has once again captured everyone’s attention in an incredible speech to the Knesset, in which she blasted the right’s capture of Zionism: “Don’t argue with us about Zionism … because true Zionism is to distribute the budget equally among all citizens. True Zionism is to be concerned for the weak. True Zionism is solidarity, not only in war but in the day-to-day.” Yair Rosenberg in Tablet commented that Shaffir has “fused economic populism with political liberalism, and crystallized a promising campaign credo for the long-beleaguered Israeli left.”

Shaffir has pursued a priority of budget transparency, particularly vis-a-vis Israel’s settlement activity in the West Bank. She has worked extensively with one of NIF’s strategic partners, the Molad think-and-do-tank in Jerusalem, which has documented the disproportionate amount of money allocated by the Settlement Division of the World Zionist Organisation to the settlements at the expense of Israel’s periphery areas, as well as the closed-off nature of division’s budget.

Naturally, security and defence continue to play a significant role and Prime Minister Benjamin Netanyahu continues to be considered the candidate most able to deal with these issues. In Haaretz, Ari Shavit counters this perception, believing that by pursuing a policy based on fear, mistrust and a sense of isolation Netanyahu is crumbling the country’s social cohesion, crushing the nation’s resilience and spreading despair. The article also questions Netanyahu’s diplomatic choices, particularly his determination to address a joint session of American Congress on the dangers and futility of negotiating with Iran without the invitation or consent of President Obama. NIF grantee the Council for Peace and Security - an association of former high ranking security officials - has entered the public debate and provides a strong expert voice for moderation on security policy issues.

A Farewell to David Landau

David Landau, former editor in chief of Haaretz, and founder of its English edition, passed away on Tuesday January 27 in Jerusalem. In 2011, David, and his wife Jackie, visited Australia as a guest of NIF. With his wife Jackie, he brought energy, character and principle to our shores. We'll forever be grateful for his role in helping us establish a strong progressive voice on Israel.

Former President Shimon Peres wrote a wonderful tribute to Landau, who collaborated with him on two books: “he was a rare combination of an individual religious in depth and liberal in breadth. He possessed an extraordinary fusion.” Current President Reuven Rivlin told Chemi Shalev that: “it was a pleasure to be his friend and it was a privilege to be his ideological adversary. Akiva Eldar and Anshel Pfeffer also published moving pieces on Landau.