Human Rights, Refugees and the State of Israel

We are delighted to be hosting Asaf Weitzen from the Hotline for Refugees and Migrants in Melbourne, where he will be speaking about the current situation facing refugees and asylum seekers in Israel.

Currently Israel is home to 47,000 asylum-seekers who arrived in Israel from Africa through Sinai; some of them are incarcerated in the "Holot" detention centre in the Negev. The State and most Israeli media outlets label those people as “infiltrators”. 92% of asylum-seekers in Israel hail from Eritrea (73%) and Sudan (19%). Both are dictatorships that brutally repress their populations and violate their human rights.

Asaf will be discussing the current situation facing these asylum seekers in Israel, as well as what the work being done - by lawyers, activists, and the refugees themselves - to ensure their protection in Israel.

You can RSVP for the event below. We will be asking for a $10 donation to support the Hotline's work on the night. 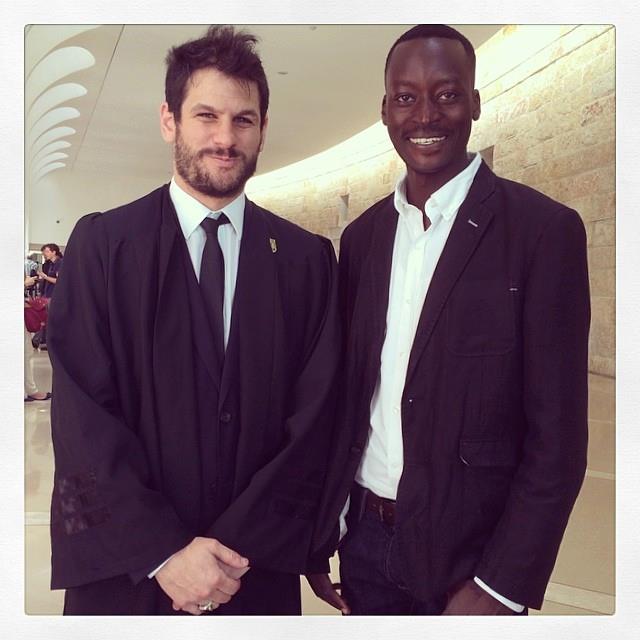 Asaf Weitzen is the head of the legal department of the Hotline for Refugees and Migrants – Israel's leading organisation safeguarding the rights of refugees, migrant workers and victims of human trafficking. For over 15 years Hotline staff and volunteers have been visiting Israel’s immigration detention centres to monitor conditions, meet with detainees and provide legal advice and representation. Asaf has lead high profile cases preventing illegal deportations and releasing hundred of detainees held in Israel’s immigration detention centres. Asaf served in the Israeli Defence Forces for 4.5 years and achieved the rank of captain in the paratroopers. He did his legal internship with the Israel Religious Action Center and worked in commercial litigation before joining the Hotline team. Asaf holds a LL.B and LL.M from Tel Aviv University.

Major achievements by the Hotline for Refugees and Migrants:

About the Hotline for Refugees and Migrants:

The Hotline for Refugees and Migrants is Israel's leading organisation protecting the rights of refugees, migrants workers and victims of human trafficking. For over 15 years Hotline staff and volunteers have been visiting Israel's immigration detention centres to monitor conditions, meet with detainees and provide paralegal intervention and legal representation. The Hotline represent some of the most vulnerable people in Israel and advocate for government policies consistent with a just, equal and democratic Israel.