Since starting the Naomi Chazan Fellowship in 2015, 27 Australians have participated in the program.

Today they are working in law, as teachers, health professionals and much more. All of them are striving, in their own way, to make the world a better place. They are part of our growing alumni community.

Some have experience as leaders in the Zionist youth movements, on campus with AUJS, in their shules or with Jewish social justice organisations, others volunteer to help refugees or Indigenous Australians. 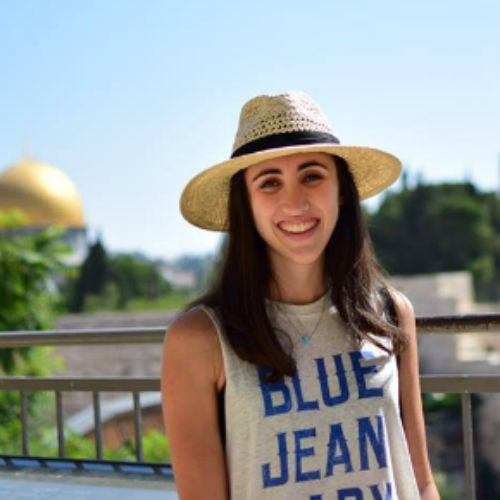 Yuli has a Masters of Clinical Psychology. She is currently working with children, adolescents and parents both in a high school and private practice setting. Yuli is very interested in mindfulness and the benefits it can have on people's wellbeing. Yuli was in Habonim Dror throughout her childhood and became a leader as well as attending the Habonim Shnat program. Yuli feels passionate about supporting causes that create a more just and inclusive society. Her family background is Israeli and hence she feels that both Israel and Australia are a great place to support these causes. 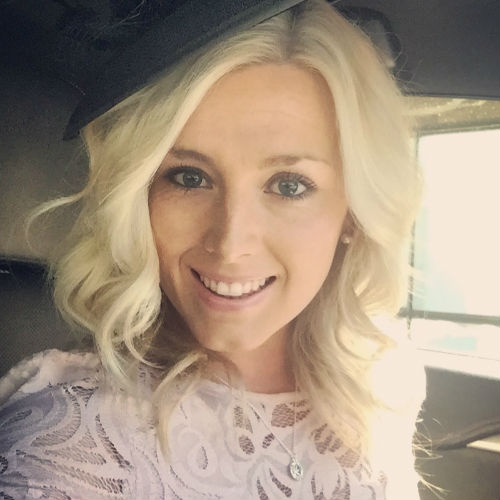 Born and raised in Melbourne, Amy has a Bachelor of Arts with majors in International Relations and Middle East Studies and a Bachelor of Commerce with a major in Human Resource Management. For several years, Amy has been actively involved with volunteering at her synagogue, Temple Beth Israel, where she has taken of numerous leadership roles including heading up the Young TBI group. 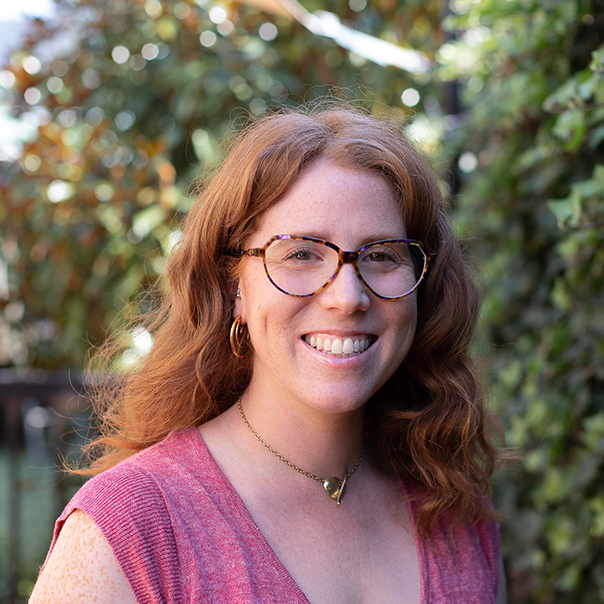 Elysheva currently works in strategic marketing at Creative Victoria. She was formerly at the Jewish Museum of Australia and completed the New Israel Fund’s inaugural Naomi Chazan Fellowship program in 2015. She holds a Bachelor of Design (Hons) from RMIT University and a Bachelor of Arts (Psychology) from Monash University. 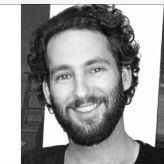 Jeremy graduated from Arts/Law at UNSW with first class honours in law and with a major in philosophy in the arts component. Jeremy worked in commercial law for two years and then transitioned to the Australian Human Rights Commission where he worked on the Review into the Treatment of Women in the ADF for two years. He has also worked on the Defence Abuse Response Taskforce in the Attorney General's Department and worked as a lawyer for Central Australian Aboriginal Legal Aid Service Inc in the Northern Territory. Since April 2017 he has been working at Legal Aid NSW in the children’s legal service. 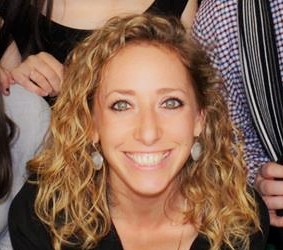 Amy has a diverse background in a number of creative fields. She has worked as a freelance artist for museums, galleries and theatres in the UK, a project manager for informal education programs across New South Wales, an art teacher and bush ranger leader in indigenous communities in Western Australia and has, amongst other things in her spare time, trained as a firefighter. She presently works in a Montessori school in Bondi. 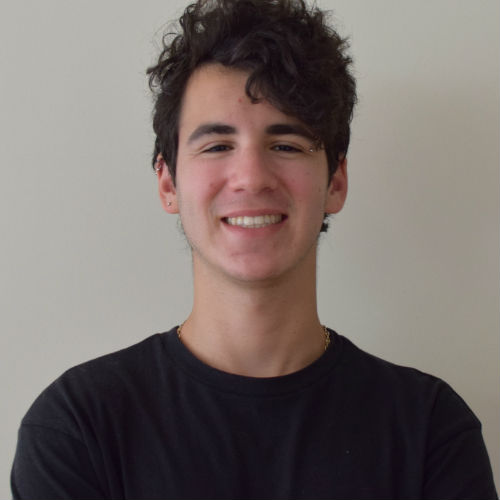 Adam lives in Melbourne. He completed his schooling at Mount Scopus College and spent his gap year program in Israel with the Hashomer Hatzair. He has a Bachelor of Science at Melbourne University. In addition, he volunteer as a facilitator for If Not Now, a social justice program for year 10 Jewish students. 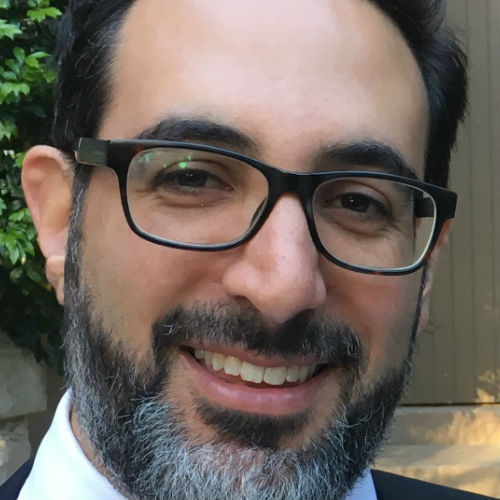 Graham lives in Sydney, is the father to two beautiful girls, and works in finance. His interests include football, surfing and politics. His early interest in Israel was formed during school years at Moriah College and later at the Maccabiah Games. His more recent ideals have been shaped by the modern Israeli historians like Benny Morris as well as Noam Chomsky, Glenn Greenwald and Gideon Levy. 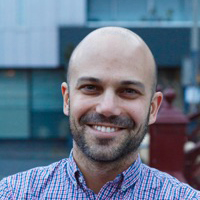 Ryan is a clinical psychologist from Sydney with a passion for mental health and psychology. He has held numerous community leadership roles. Ryan has travelled to Israel a number of times and has a strong interest in exploring and understanding its cultural, social and political issues. Ryan enjoys challenging himself and trying new things, and his interests include learning languages, playing guitar and travelling the world.

Originally from Adelaide, Liat has worked, lived, choreographed, performed and taught contemporary dance works in in different parts of the world; Israel, Sri Lanka, Switzerland, France, Belgium, London and Australia. She has had the opportunity be a leader in different cultural and socio-economic climates and has developed a strong advocacy for social justice and human rights. Liat is completing her studies in Law and International Relations at Monash University. She seeks to develop a deeper understanding of Israel and through her studies and background in the Arts, aims to make issues that she believes in more accessible to a wider community. 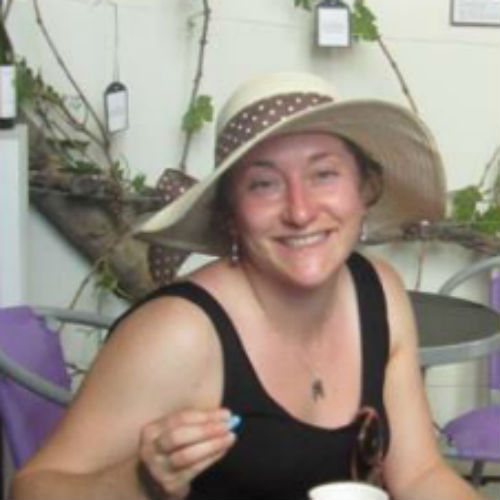 Dana was born and raised in Melbourne, her Jewish and Zionist identity developed through family and her involvement in the Betar Youth Movement. Her first trip to Israel in 2004 on the Betar Shnat program was where she truly fell in love with the country and the vibrant people that fill it. Since then she has returned to Israel many times, including hiking the country's stunning landscapes of the National Trail, navigating 1000km from north to south. Dana works in Melbourne as an osteopath and in her spare time enjoys practicing circus skills, studying Japanese and perfecting the art of baking sourdough bread. 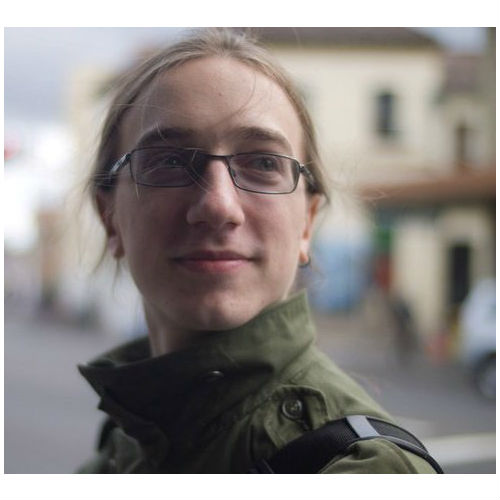 Avi is a scientist and a builder of things who dreams of a world where we can live forever in peace. After visiting at least briefly all of the Jewish youth movements in Sydney, Avi settled into Netzer for many years growing up, spending a year in Israel with the movement after high school and several years as a madrich. Avi's hobbies include travelling, reading, martial arts, playing too many computer games, and drinking tea. Lots, and lots of tea. He also keeps busy with the slow process of trying to learn languages as an adult, and can probably teach you how to swear or find the toilet in Japan. 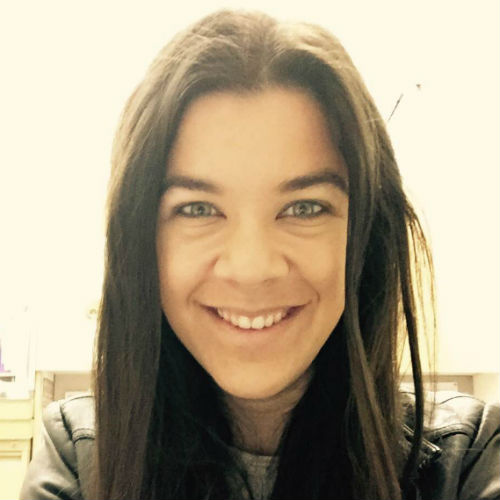 As a past student of the Emanuel School, Lanna returned in a leadership role creating and running Jewish Life programs and mentoring high school student leaders. She is a member of the Habonim Dror alumni, having attended the year-long shnat Jewish leadership program in Israel in 2011 and serving as a madricha from 2012-2014. During this time Lanna was also the Mazkira (secretary) of Habonim Dror Sydney, and the Chairperson of the Zionist Youth Council. 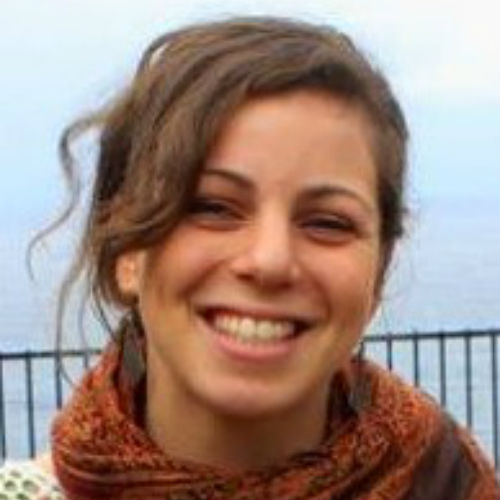 Deb was brought up in Melbourne in a vibrant Jewish household, developing an appreciation for community and social justice through her family and Jewish education. Deb has been active in several Jewish community organisations, including the youth movement Hineni, Stand Up, Bialik College, Shira Hadasha Synagogue and was a resident in the Melbourne Moishe House. Her strong connection to Israel and love of languages led her to study Hebrew Literature at university, including a semester abroad in Tel Aviv. Passionate about education and its power to bring about change, Deb is a secondary school English as a Second Language (ESL) teacher and is currently completing her teaching Masters. When she’s not studying or teaching, Deb enjoys playing music, gardening and crocheting beanies. 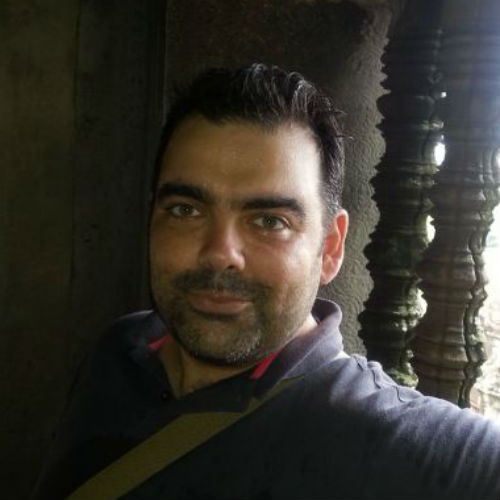 For five years Eli ran his own business in the Philippines and travelled extensively around Asia during that time. Having also previously lived in both the UK and Israel for extended periods, he brings a broad breadth of experiences to the New Israel Fund. Eli also has considerable academic knowledge with a Masters in International Relations and internships at both the Lowy Institute and the Jerusalem Post. He has broad interests including Foreign Policy, Development Economics, Social Justice and Human Rights issues. 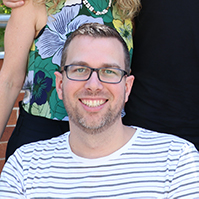 Patrick was born and raised in Perth, WA and relocated to Melbourne in search of a new adventure. He completed a Bachelor of Nursing in 2011 and a Graduate Certificate in Palliative Care in July 2017 with a focus on paediatrics. Currently employed as a paediatric nurse at the Royal Children’s Hospital, Patrick also supports the music program at Temple Beth Israel, St Kilda with his piano and singing prayer-leading skills. He volunteers with the Melbourne Progressive Chevre Kadisha, as well as sitting on the committee of NextDor, a TBI social group for young Jews in their 20s and 30s. 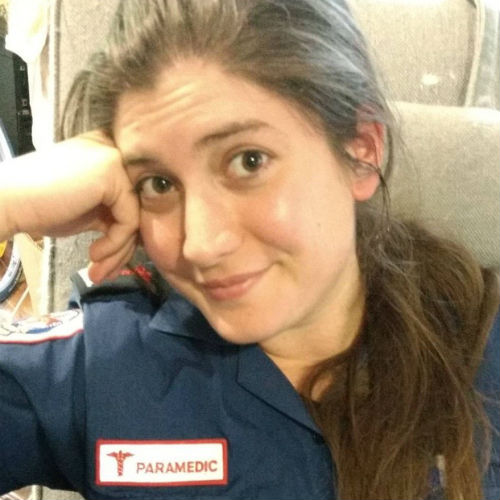 Born and raised in Melbourne, Australia, Bracha is inclined towards activism in many areas of her life. She is a union representative in her workplace and an anti-racism organiser within her community. Bracha is keenly interested in interfaith and intercultural dialogue, and is currently completing a Bachelor of Arts in English literature and French language. 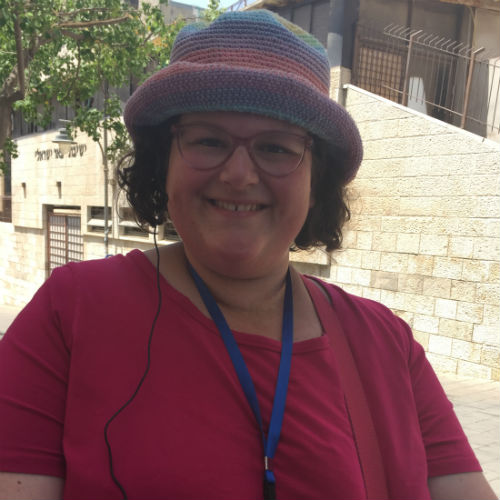 Rebecca was born and raised in the Melbourne Jewish community. She studied at Bialik College and has a Bachelor of Social Science (Youth Work) from RMIT. She has been involved in the Youth Movement Hashomer Hatzair from the age of 13. She participated in their Shnat program and was Hashomer Hatzair's Madricha.

Sara lives in Melbourne and is passionate about her local community. She holds a Bachelor of Arts and a Masters of Social Policy. She has 10 years working for the not for profit sector in volunteer management and early childhood education. Her passion for the sector, and commitment to social justice stems from her days as a Hashy leader. While not working Sara enjoys going to films and taking advantage of Melbourne's coffee culture. 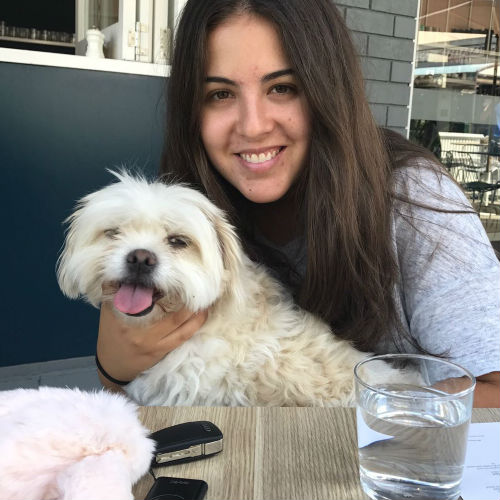 From Melbourne, Chloe completed a Bachelor of Arts at Monash University in 2016 with a double major in History and Jewish Studies. She is currently pursuing postgraduate study with a Masters of Teaching at Monash University. She has a passion for education and loves learning new things. She also enjoys travelling and has developed a love for seeing and experiencing new things. 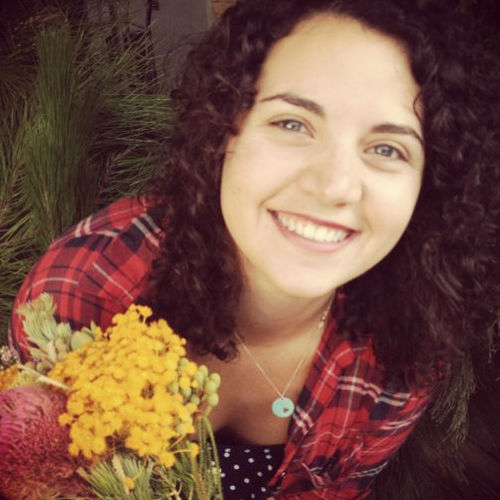 Chantal has been involved with social justice related work within the Jewish community. In 2005, she completed the Netzer Shnat program. She has also had extensive involvement in Stand Up's Indigenous Partnership Programs.Chantal has worked for Amnesty International Australia, the Southern African Litigation Centre in Johannesburg, the Northern Australian Aboriginal Justice Agency in Darwin & as national liaison officer for Anti-Poverty Week Australia. Chantal currently lives in Israel. In 2017 she served as Foreign Law Clerk to Justice Barak-Erez in the Supreme Court of Israel. She now works as a Junior Legal Associate at a Tel Aviv based anti-fraud technology start-up, Riskified.

Apply for the Fellowship →