Bring Democracy Back to Education Before It's Too Late

According to a new poll, nearly half of Israeli Jews think they should have more rights than non-Jews, with the figures particularly disturbing among young people. This is the result of a system that must be changed.

Continue reading for an article by NIF Executive Director Rachel Liel originally published in Walla. You can read more about the poll at the Times of Israel. 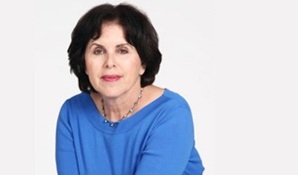 Nearly 50 percent of Israeli Jews believe they should have more rights than non-Jews, more than 64 percent believe that Jews are the Chosen People, and a similar number think that only Jews should be able to vote in a referendum on a peace agreement. These are just a few of the worrying findings of the Israel Democracy Institute’s Democracy Index, which was published last week. While the overall picture is disturbing, the situation is particularly acute among young people.

Sadly, these statistics are not only the most upsetting but also the most predictable. Over the last few years there has been a mini-revolution in the education system, at the heart of which has been the increase in nationalist programs in schools at the expense of democracy and citizenship education.

The civics studies coordinator, Adar Cohen, was fired following a right-wing campaign accusing him of being ‘Post-Zionist’. At the same time, the last Education Minister's policy deliberately promoted a one-sided narrative of Israeli history which ignored the complexity of the Palestinian-Israeli conflict. Finally, the Education Ministry even supported the city of Eilat’s decision to segregate refugee children from Israeli children in schools, which was rejected with contempt by the courts.

Instead of leading the struggle against the increased racism in Israel, the previous Education Ministry chose to reduce the hours of citizenship education. Rather than leading the camp against the ‘price tag’ phenomenon, it chose to nurture a nationalist approach substantially different from that of the Declaration of Independence.

The rotten fruits of this policy are well known outside the school walls, and are now reflected by the opinions of the young people in the IDI’s survey. This is the time to wake up. The Education Ministry, particularly the new Education Minister Rabbi Shai Piron and the new Executive Director Michael Cohen, need to organize a shake-up that will place the Ministry back at the forefront of democracy education.

Citizenship education needs to be prioritized once more, and young people need to be taught the value of equality, particularly regarding Arab citizens of Israel. A decent amount of time needs to be allotted for citizenship studies.

The IDI findings also found that most Israeli Jews (51.6 percent) believe that human rights groups damage the State of Israel. This issue is beyond political and partisan debate – the whole system needs to be harnessed in order to prevent yet another delegitimization of human rights defenders. The survey must serve as a warning sign. If the education system doesn’t sort itself out in time, we are liable to wake up to a reality where today’s young people and tomorrow’s adult citizens will be completely estranged from democratic values.

We need to ensure that there is open dialogue about issues that are at the heart of a democratic society, such as enforcement measures against Price Tag perpetrators; responding to the exclusion of women; and eradicating discrimination against Mizrahim and immigrants from countries like Ethiopia.

Rehabilitating citizenship education and rebuilding pluralistic and humanistic education in schools is the first step on the road to change.