Our events launching Kingdom of Olives and Ash with Geraldine Brooks, Assaf Gavron and Breaking the Silence

We’re looking forward to our events launching “Kingdom of Olives and Ash” with Breaking the Silence next week. It is timely given the flare-up of tensions on the border with Gaza.

This is why we set up NIF in Australia: to be the forum where the most meaningful discussions about Israel are held, even on difficult subjects.

There is no denying Breaking the Silence’s disproportionate impact on debate in Israel about the toxic consequences of the occupation, now in its 51st year.

Some of Israel’s most prominent figures – including public intellectuals such as Amos Oz, and former security officials such as Maj. Gen. (res.) Amiram Levin and former Shin Bet heads Ami Ayalon and Yuval Diskin – recognise the importance of Breaking the Silence.

They’ve come out and said that Israelis and those of us around the world who care deeply about Israel’s future need to be a part of this conversation.

This is your opportunity to hear directly from two informed Israelis, Assaf and Avner, about what’s happening in Israel and to be part of this important discussion.

Join Our Event on Wednesday →

There are two interesting pieces in the AJN this week.

In one, Benayahu Carmi claims to have served with Avner and disputes his account. But here are the facts: they served in different teams, were never engaged in an operation together, and never served shoulder-to-shoulder. This piece is part of a wider campaign to undermine Breaking the Silence’s work and distract from the real issue: the harm being caused to both sides by the ever more entrenched occupation.

There is also an extensive Q&A with Avner (PDF), where he addresses readers’ questions about Breaking the Silence’s work: 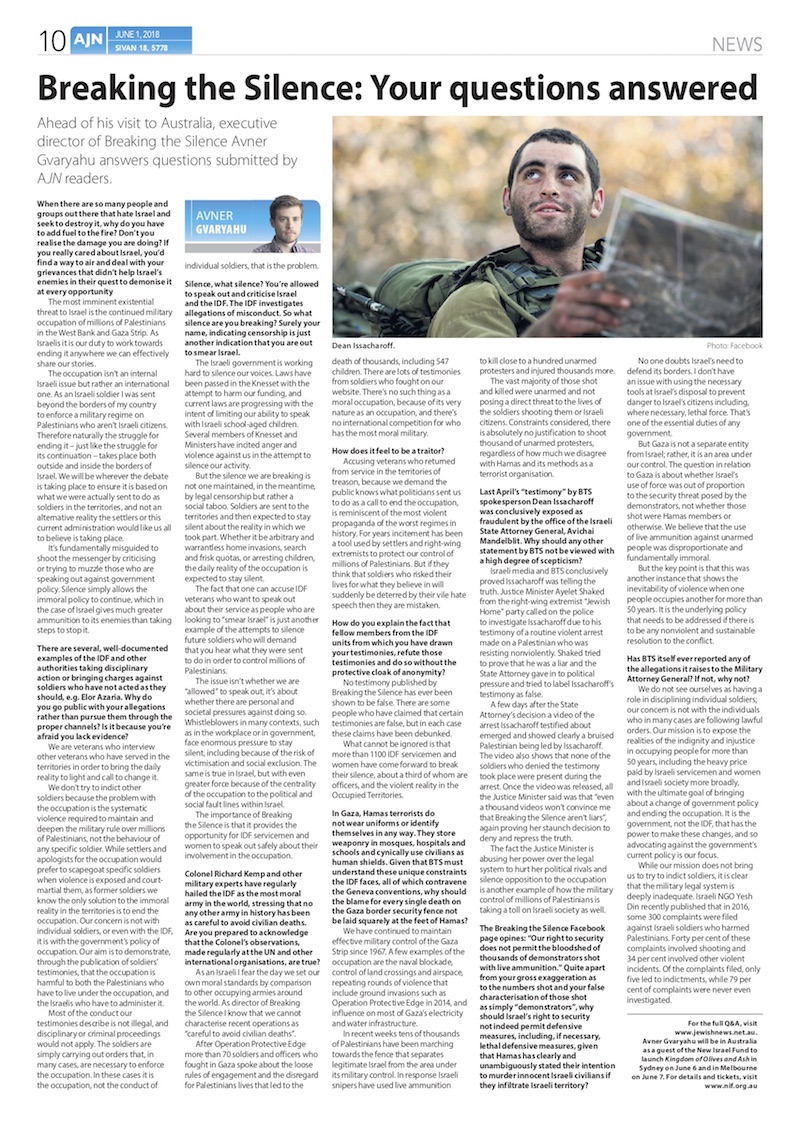