Who Owns The Western Wall? 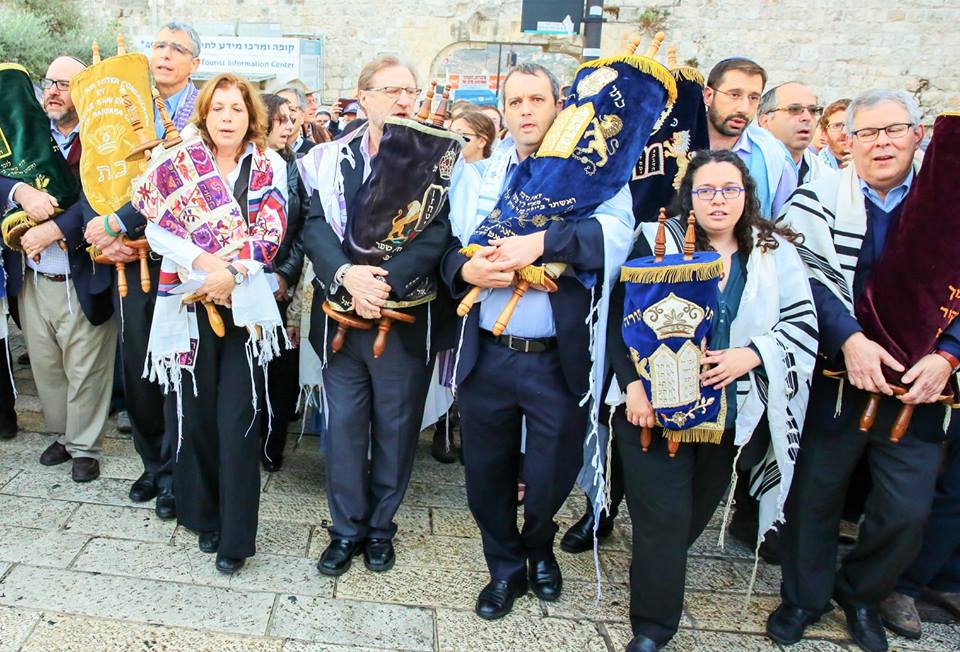 Recently hundreds of activists bought dozens of Torah scrolls to the Kotel for a Rosh Chodesh service. The historic egalitarian service intended to force the Israeli government’s hand to implement an agreement, reached in January, to create space at the Western Wall where men and women could pray together.

The Jewish activists, both men and women, including many from Women of the Wall (WOW) and the Israel Religious Action Centre (IRAC), marched from the Old City and were met by virulent opposition from ultra-Orthodox demonstrators.

Ultra-Orthodox protesters resorted to both physical and verbal abuse, including shoving those holding the Torahs. They believe that worshippers at the Wall, Judaism’s holiest sites, should adhere to a strictly Orthodox interpretation of religious ritual, which does not allow women to lead services or read from the Torah.

More protests are planned to try and force Prime Minister Benjamin Netanyahu to uphold his own cabinet’s decision to allow for a permanent permanent prayer platform to be built along the southern end of the Western Wall. The agreement was finally reached in January after three years of extensive negotiations led by Natan Sharansky.

Although there is already a temporary platform at the Robinson’s Arch area, the protesters are ultimately insisting that the government, by upholding the agreement, recognise and allow non-Orthodox streams of Judaism to flourish in Israel.

Chair of WOW Anat Hoffman told The Times of Israel that Netanyahu “is a hair’s breadth away from a historic solution to the conflict at the Western Wall. It’s mind-boggling that Mr. Netanyahu, who decries any international attempt to delegitimize our historic ties to the Western Wall, stands between world Jewry and an equitable arrangement guaranteeing every Jew the right to pray freely.”

While Netanyahu would prefer not to upset the status quo, organisations such as WOW and IRAC, which receive funding from NIF, are leading the call to pray at the Wall. They recognise that it symbolises the larger battle for equality amongst religious streams in Israel. Over the years more extensive barriers have been erected to stymie the efforts of those pursuing religious equality in Israel, including at the Western Wall.

“Every Jew should have a right to pray meaningfully at Judaism’s most holy site. Instead the Wall has become an ugly battleground where Jews fight against each other. It is time for the Israeli government to be brave enough to stand up to the ultra-Orthodox bullying,” said Getreu, urging Australian Jews to support this critical battle for equality between all Jews in Israel.”

This article was originally published in the December edition of the Sydney Jewish Report.