The news out of Israel is getting worse. The stabbings of six marchers in Friday’s Jerusalem Pride Parade was followed by the news that a Palestinian baby was burned to death in the West Bank -- a victim of an act of arson, apparently carried out by Jewish zealots. 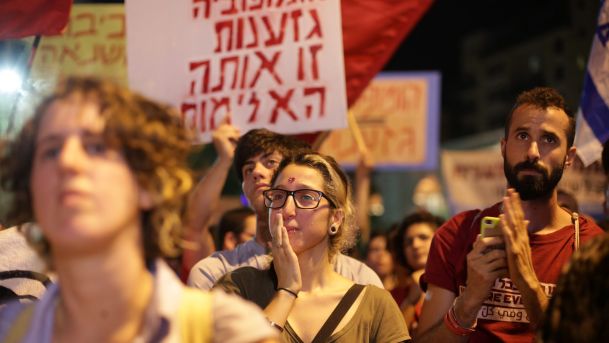 The death of the 18-month old child -- Ali Saad Dawabsheh -- is senseless. It is heartbreaking.

It is also enormously frustrating: There have been hundreds of attacks targeting Palestinians and their property, as well as Christian and Muslim holy sites, by Jewish extremists. And Israeli law enforcement authorities have yet to properly confront this threat.

NIF was established to protect Israeli democracy, through support for Israelis working  to build an Israel where racism is never condoned, an Israel where hate crimes are punished, an Israel that lives up to the best of Jewish and humanistic values. We support Israeli grassroots, human rights, and advocacy organisations that refuse to accept Israel’s drift towards nationalist extremism.

Their efforts are supported by lovers of Israel worldwide. Just last week, thousands of people wrote to Israel's Attorney General pressing him to act, and noting that the desecration of more than 43 churches, mosques, and monasteries in Israel and the West Bank had not resulted in a single indictment.

And indeed, in the wake of that call, news broke Wednesday that an indictment had been filed against two suspects in one of these arson attacks.

Does this indictment signify that Israeli authorities are starting to take the threat posed by these Jewish terrorists seriously? We don’t know. We do know, however, that it did not come in time to prevent last night’s murder.

Now is a time of soul searching. While Israeli leaders from across the political spectrum have condemned the violence, many Israelis are calling for their leaders to do more. They are saying that elegant words posted to Facebook in the wake of violence are not enough, especially if these sentiments are out of step with the rhetoric heard every other day of the year.

Leaders cannot signal, year after year, that Israel exists only for its Jewish citizens, or even only for the Jewish citizens who comply with a narrow, ultra-nationalist interpretation of Zionism, and then be shocked when extremists feel free to carry this xenophobia further, and attack Palestinians or gay Israelis.

These Israelis who today are pressing for their leaders to behave more responsibly, give me hope even in the darkest of moments.

So, before I close, I wanted to share with you this image of a rally held in Jerusalem, where hundreds of Israelis gathered to protest against the violence, and to pray together for the speedy recovery of the injured. The sign’s text reads, “Homophobia and racism are the same form of violence.”

These Israelis are building a better future. I will always stand with them. I know you do too.

May we see better days soon!