Col. (Ret.) Shaul Arieli is one of Israel’s foremost experts on the Israeli-Palestinian conflict. He is considered a leading expert on the history and future demarcation of Israel’s borders, on the route of the Separation Barrier in the West Bank, and on the history of negotiations between Israel and the PLO.

Arieli began his career as an IDF officer, and reached the rank of colonel. He held several command positions in the paratroopers, and, as commander of the northern brigade of the Gaza Strip, oversaw the implementation of the Gaza-Jericho Agreement.

He later served as Deputy Military Secretary to the Minister of Defence and Prime Minister, and as head of the Peace Administration under Prime Ministers Rabin, Peres, Netanyahu and Barak.

In 2002, Shaul Arieli joined with Yossi Beilin to found the Geneva Initiative. Today he continues work extensively with parties across the political spectrum in Israel, conducting lectures, seminars, and tours to educate and advance a two-state solution.

Since 2003, Arieli has been a member of the Council for Peace and Security and has acted as a “Friend of the Court” of the Israeli Supreme Court on petitions on the Separation Barrier.

Arieli holds a Masters’ Degree from the Recanati School of Business Administration at Tel Aviv University, and is completing his PhD at the University of Haifa. He lectures at both the IDC in Herziliya and the Tel Aviv Academic College. He is also an author of a number of books about the Israeli-Palestinian conflict.

On the need for Israel to have internationally recognised borders

On the importance of a new national security narrative

On obstacles to peace in the Palestinian camp 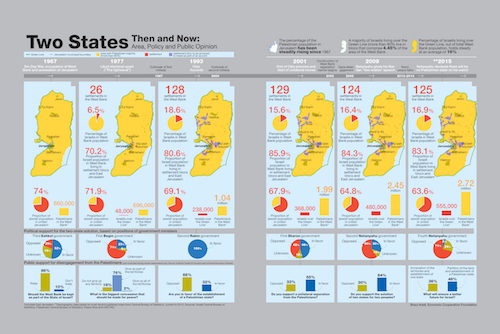 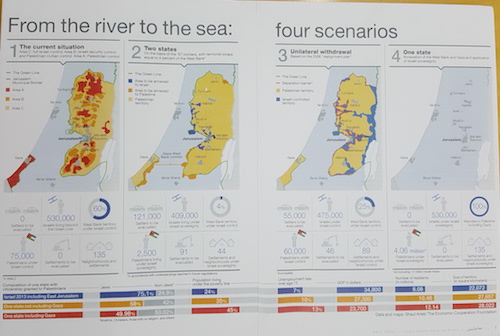 Clicking these maps will open the original files, which are very large. Please be patient while they load.