Our thoughts are dominated by the shocking and horrific attack in Jerusalem this week. Our hearts go out to the families of the victims, and we send our best wishes for a speedy recovery to the wounded. Violence can never be the solution and leads only to more violence.

The Association for Civil Rights in Israel (ACRI) shared this statement: "The cycle of bloodshed is continuing to cast a pall of fear and terror on all residents of Jerusalem – both in the East and the West. The right to life and the physical integrity of each person is the most sacred of all human rights, and protecting this right is a condition for the existence of a humane society."

We thought you may be interested in these two articles reflecting on the attack: 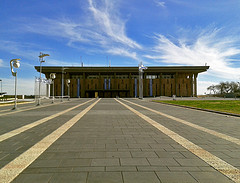 The first, “Basic Law: Israel as the Nation-State of the Jewish People”, proposes that Jewish law be a source and inspiration for legislation and judicial rulings, as well as a clause where Arabic would be demoted from an ‘official language’ of the state to that of special status. It would also encourage preference for Jewish communities as opposed to non-Jewish ones, and declares that the state reserves the possibility to establish communities on the basis of national or religious affiliation. The bill, should it pass, represents a tantamount threat to the democratic charter of the state. Prime Minister Netanyahu is supporting this version of the bill.Two new bills are currently being considered by the Knesset, both of which pose particularly dangerous threats to Israel’s democratic status quo.

In response to the bill, the Association for Civil Rights in Israel (ACRI) has released a statement and commented, “the most problematic element of this legislation is its discriminatory message, leaving no room for protection of minorities in Israel – particularly not the Arab minority.” In an editorial, Haaretz wrote that, “clearly undercuts the Zionist ideal of the establishment of an exemplary, egalitarian and democratic society”

A second problematic bill would extend new Israeli laws to West Bank settlements. The bill’s Likud and Jewish Home sponsors are essentially seeking to minimise legal differences between Israel proper, and the settlement enterprise, leading to a framework for a one-state solution. Justice Minister Tzipi Livni, who voted against the bill, voiced her opposition by commenting, “the real goal of this bill is to normalise an abnormal situation - an expanding occupation masquerading as civil rights.” Livni has been joined by Yair Lapid and Meretz’s Zehava Gal-On in opposing the law. 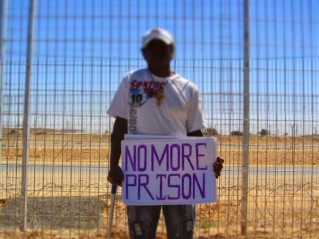 Dissatisfied with the High Court’s ruling to close the Holot Detention Centre, members of the Netanyahu Government have been drafting legislation to overturn the decision. Knesset member Ayelet Shaked (Habayit Hayhudi) has proposed to allow the Knesset to overturn a High Court ruling simply by garnering 61 votes, or half the makeup of the parliament.

NIF’s flagship grantee, the Association for Civil Rights in Israel (ACRI) has opposed legislation that would enable the Knesset to overturn decisions such decisions: “the High Court of Justice is practically the sole body that is able to protect minority groups from the tyrannical whims of the majority, prevent discrimination and defend basic human rights. It is precisely for these reasons that the court has come under attack.”

Reflective of the statements by ACRI, Israel’s President Reuven Rivlin said that, that the legal system “is a mixture of shared values, which constitutes the basis for our existence as a Jewish and democratic society in any question it faces, and this is its strength.”

News from the NIF family: