Pesach, Ramadan, and the need for a truly shared society 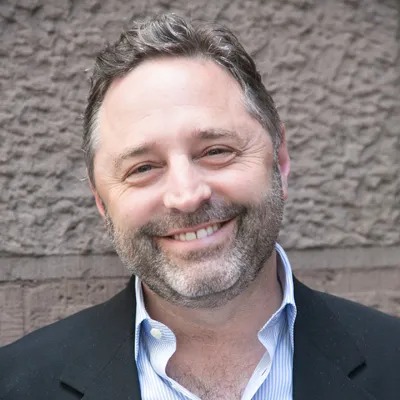 This year, Ramadan and Pesach fall together. Ramadan began last Saturday night and Passover begins next week. It is a time of joyful celebration but, in Israel, also a time of heightened tensions and the potential for violence. Last May’s escalation, which began in Jerusalem, morphed into a battle between Hamas and Israel, and then spilled into Israel’s “mixed” cities as mobs of Jews and Arabs — Israeli citizens all — stalked the streets, out for blood. The horror of that month is still fresh in our minds. We know just how fragile the relationship between Jews and Arabs in Israel can be.

This is why it is critical to think about what we mean when we say we are working for a “shared society” between Jews and Arabs in Israel. What we mean is that all Israelis must be truly equal. We mean that justice for some is not justice at all. We mean that the only way forward is through true and equal partnership. We mean that any secure, democratic future must be a shared one.

The last two weeks have seen fresh horror and violence in Israel. Israelis, Palestinians, and those of us around the world who care about them watched as terrorists murdered innocent people in three attacks. The first was perpetrated by a Bedouin resident of the Negev with known ties to ISIS. This attack happened close to home for NIF: It took place just a two-minute walk from our office in Be’er Sheva.

The terror attack in Be’er Sheva was immediately condemned across the board by Arab leaders in the Negev, Joint List Chairman Ayman Odeh, and United Arab List Chairman Mansour Abbas. But there are also reports of new ultra-right Jewish-supremacist militias building up in the south to “save the Negev.” These people are using this terror attack as an excuse to promote their brand of incendiary racism and stir up more violence.

The second attack came last Sunday, when two more ISIS-linked men attacked local police in the city of Hadera, killing two. And then, just two days later, on Tuesday, another gunman from the West Bank, killed five in the Tel Aviv suburb and primarily Ultra-Orthodox city of B’nei Brak. Eleven people were murdered in these attacks. It is heartbreaking to see families mourning such senseless, horrifying death. We sit with all of the victims—the families, the friends, the loved ones—in their sorrow.

It is clear that there is great fear in Israel right now; people are afraid that violence will escalate and that it will continue as Ramadan and Passover begin. But it is also clear that the New Israel Fund was built for times like these.

Our grantees aren’t just on the front line, they are the front line. They are working to keep the peace, maintain the calm, and build hope. They work — as they did last May — to stitch together that which has been rent by inter-ethnic strife. We can take some solace and inspiration from the fact that NIF grantees are on the ground, day in and day out, bridging divides, standing together, lifting up the peace-makers.

Take the Negev and the reactionary right-wing militias, for example. Last week, NIF grantee the Association for Civil Rights in Israel (ACRI) join others in civil society to appeal to the authorities – including the Commissioner of Police, the Minister of Internal Security, the Mayor of Be’er Sheva, and the Government Spokesperson – to withdraw the support for these illegal civilian militias that they had previously offered. As a result, the police decided not to take part in the launch event for one of the militias (though a spokesperson also noted that “the police welcome citizens wishing to volunteer, as long as it takes place according to police procedures”). Our partners on the ground made a similar appeal to authorities in Lod as a new right-wing militia formed there two weeks ago as well.

The Negev Coexistence Forum, a group which has been aligned with NIF for decades, said what clearly needed saying: “There is no room for private militias seeking to ostensibly operate within a legal framework and actually take the law into their own hands. It is the duty of the State of Israel as a democratic country…to eradicate all forms of racism, to act against racist movements that encourage violence and for education for tolerance and equality.”

But our work to build a more just, equal and shared society doesn’t end with the Negev. NIF continues to invest in deep-tissue work right across Israeli society towards the long-term health of democracy. It is powerful, critical, and essential.

In these days of pain and fear, we must remember that, despite the loud voices of extremists and bigots, the vast majority of Israelis want the same thing. They want an Israel that is a place of safety, equality, and peace, free of racism and discrimination, violence and fear.

For me, this abiding desire for a future where we all live as free people is at the core of what Pesach is all about.