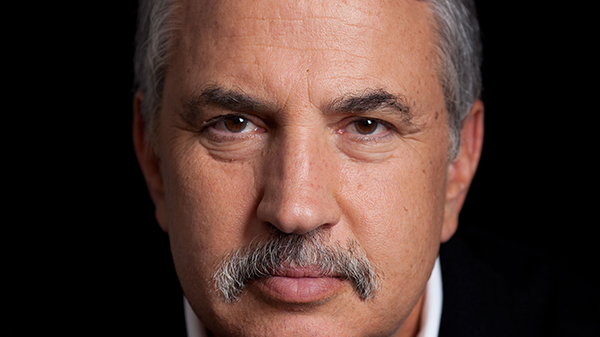 He will speak to the topic “Is The Two-State Solution Over?”, followed by a conversation with ABC journalist Geraldine Doogue. The event begins at 8pm at Emanuel Synagogue.

“Thomas Friedman is perhaps the most respected and influential foreign affairs writer in the world. Over the last 30 years Friedman has been a tireless advocate of a two-state solution to the Israeli-Palestinian conflict and we look forward to him sharing his insights with the Sydney Jewish community,” said NIF Australia executive director Liam Getreu.

He is also the author of seven bestselling books, among them the National Book Award winner From Beirut to Jerusalem and the #1 New York Times bestseller The World Is Flat. His latest book is Thank You for Being Late: An Optimist's Guide to Thriving in the Age of Accelerations.

In one of his recent columns for the New York Times, Friedman argued that “Israel is getting closer every day to wiping out any possibility of a two-state solution… [but] that for Israel to remain a Jewish democratic state, it had to securely separate from most of the 2.7 million West Bank Palestinians.”

Getreu continued that “as Israel approaches 50 years since the beginning of its occupation of the Palestinian territories, there is an urgent need to look for serious solutions which ensure the security of Israel as a homeland for the Jewish people, as well as dignity and freedom for Palestinians over the Green Line. Only a two-state solution can do that.”

Thomas Friedman is speaking for the New Israel Fund at Emanuel Synagogue on Saturday 27 May at 8pm. Tickets are available at www.nif.org.au/friedman