The video is shocking. The American Anti-Defamation League labeled the video “outrageous” and called it “a form of incitement which crosses the line into hate speech.”

But, as problematic as the video is, the focus must be on the deeper issues facing Israeli society.

“This video is just one symptom of a rapidly spreading and dangerous disease, a harbinger, if you will, of things to come … For this is the ultimate purpose of Im Tirtzu and its proto-fascist allies in and out of government: to silence the opposition, to stifle dissent, to identify left wing ideologies with the nation’s enemies, to equate their criticism with a knife in the nation’s back, in the worst of time-tested, anti-democratic traditions. It’s a no-holds-barred, take no prisoners campaign.”

We are proud that NIF supports a number of the organisations highlighted in the video. We think their works draws attention to the injustices of the occupation and to issues affecting Palestinians in the West Bank.

Even if you are unsure about the activities of B’Tselem or Breaking the Silence, freedom of speech and the right to disagree with the government are central qualities of a democratic society. If Israel is to remain a truly democratic Jewish state, the integrity of these organisations, and their ability to function inside Israel, must be protected. We are proud that Israel’s democratic Jewish values have permitted organisations like these to undertake their important work and we oppose the efforts of a small group of extremists to undermine Israel’s democracy by gagging or delegitimising them.

In Haaretz, Hagai El-Ad, the head of one of Israel’s pre-eminent human rights organisations, B’Tselem, an NIF grantee and one of the targets of the Im Tirtzu video, wrote: “I’m not afraid of Im Tirtzu. I’m afraid of the occupation, of indifference to injustice, sanctimoniousness and passing shock. I wish I could rely on one percent of the sympathetic attention I’m receiving now on just another ordinary day in the territories.”

We stand together with Hagai and Israel’s human rights community. Their voices are what legitimises Israel as a democracy; they are what make Israel strong.

Show you do too – make this image your Facebook profile picture, and share these words with your friends on social media. 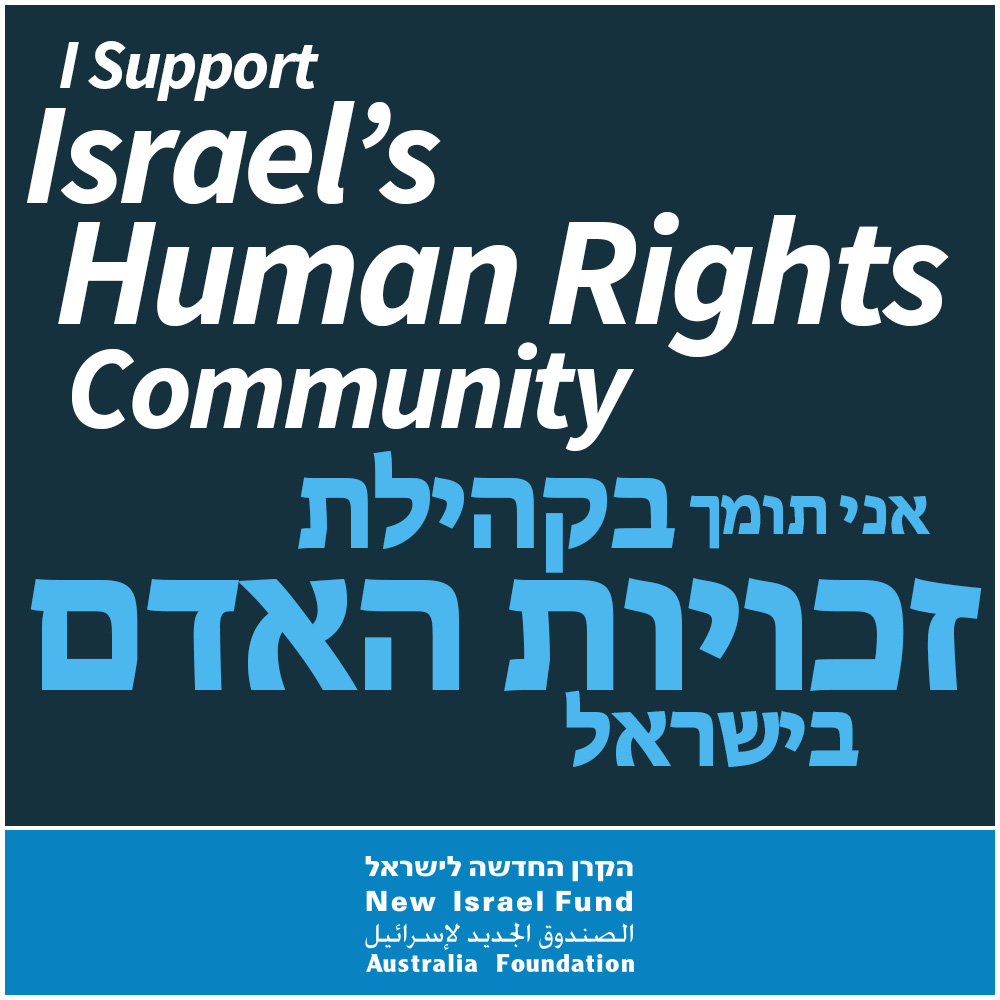 P.S. We have posted on our website a number of interesting comments and statements from Israelis and Diaspora Jews on the video. We’ll add more as we find them.