Welcome to the fourth edition of Israel Refocused!

The first issue explores the High Court's decision that the Holot Detention Centre represents a violation of human rights and has ruled that it be closed. Right wing members of the Netanyahu Government have opposed the decision on the basis that those incarcerated there are not asylum seekers but illegal infiltrators and are devising strategies to circumvent the judicial ruling. 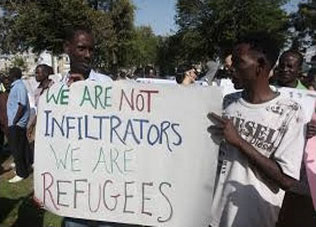 Opposition has also come from the residents of South Tel Aviv which absorbs the majority of refugees. Human rights organisations, including the petitioners of the case, NIF grantees the Association for Civil Rights in Israel, and the Hotline for Refugees and Migrants, have applauded the decision. However, they have also released statements of understanding at the hardship of the residents and the need to consider this in all future reforms.

The second issue focuses on the subsidising of the settlement enterprise. Two separate reports by NIF grantees, the Adva Centre and Molad, have documented that without substantial government funding and subsidies the settlements in the West Bank would be unable to survive. The reports also show that their funding is to the detriment of developing communities in the Negev and Galilee. The New Israel Fund has consistently stated that continued settlement in the West Bank is a threat to the democratic charter of the state and has called for its cessation. To date arguments around the need for the protection and safeguarding of democracy have not resulted in a halting of construction, perhaps proof of almost complete financial dependence will.

The High Court has ruled that detaining asylum seekers in a detention centre is unconstitutional -- a violation of human rights -- and has ordered that the Holot center be closed within 90 days. The ruling is in effect an overturning of the Infiltration Law which was passed by the Knesset in 2013.

The decision has been hailed as an important first step by the petitioners of the issue, which include NIF grantees - the Association for Civil Rights in Israel and the Hotline for Refugees and Migrants. They have called upon the government to demonstrate its commitment to the ruling by improving access to civil and health services where the majority of asylum seekers currently live, which is South Tel Aviv.

Hardships together with the unasked and uncompensated responsibility of absorbing the refugees is one of the reasons residents have opposed the High Courts decision. This is deserving of attention as current government policy encourage a concentration of asylum seekers in South Tel Aviv. Other objections reflect a concerning trend in Israeli society - an increase in nationalism and racism with one resident blatantly stating, "I don’t like them. They stink and even if they’re quiet, they have no culture."

Opposition with racist and nationalistic undertones have also been expressed by right-wing Knesset members. In an article in The Times of Israel Housing Minister Uri Ariel of the Orthodox-nationalist Jewish Home accused the High Court of ‘turning its back on Israel’, while Interior Minister Gideon Sa’ar stated the ruling, ‘which if implemented, would mean we won’t have a Jewish democratic state because our borders will be overrun ... with illegal infiltrators’. He has recommended an amendment to the Basic Law on human dignity ‘which would place the issue in Israeli law therefore making it untouchable by the High Court’. 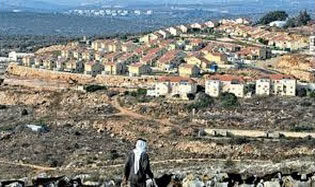 “Residents of the Israeli settlements have received a disproportionate amount of state funds over the past 20 years,” reported Haaretz on September 9.

The article is based on a 2012 report by NIF grantee the Adva Centre and concentrates on inequality in government funding for municipal budgets. According to the report, settlement residents received an average of NIS 2,695 in government funding. By means of comparison residents of Arab towns received an average of NIS 2,277 a year and those in developing towns received NIS 1,892 a year. The report also highlighted the contrast in the local income generated by the West Bank settlements and other municipalities within Israel.

NIF grantee Molad have also published a report on the activities of the Settlement Division. According to the report, the Division, (a branch of the non government World Zionist Organisation with a mandate to “support construction projects in all of Israel’s developing areas”) “allocates 74.5% of its support to settlements in the West Bank”. The report continues that “in practice the Division operates as the government’s executive arm for construction throughout ... the West Bank, whilst the Negev and the Galilee underprivileged areas in northern and southern Israel - remain neglected.” Also compared are funds allocated to authorities; “the settlement of Beit El is allocated NIS 51.5 million a year [while] all 115 [earmarked] underprivileged communities... in the Galilee and Negev [receive] NIS 49.5 million between them.”

News from the NIF family: