Have you seen this week’s Jewish News editorial?

I wanted to share with you this week’s Jewish News cover, and its editorial. 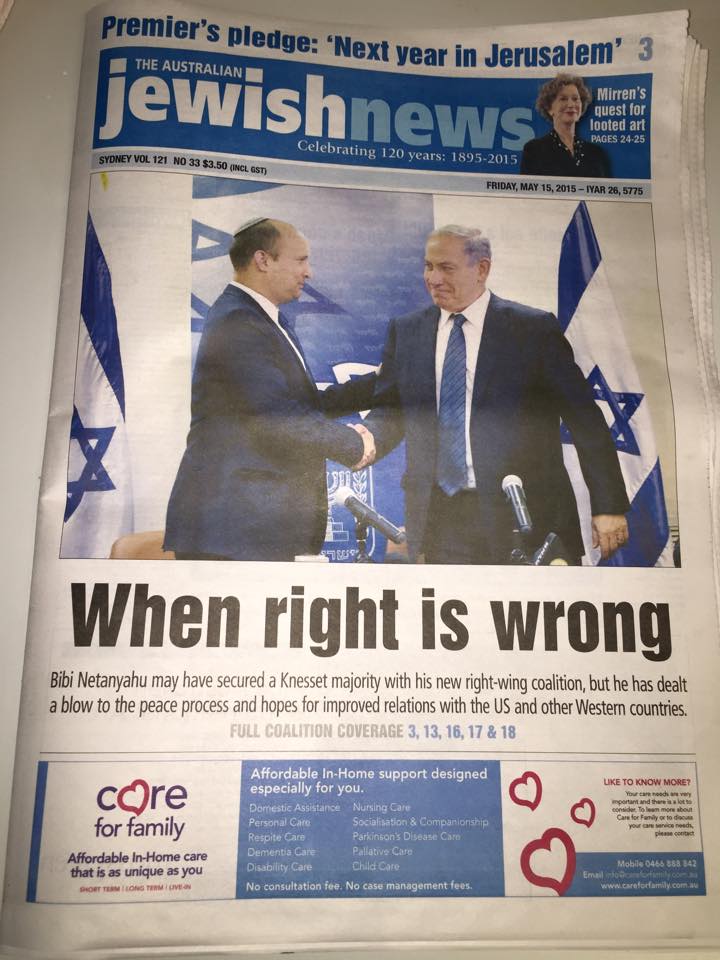 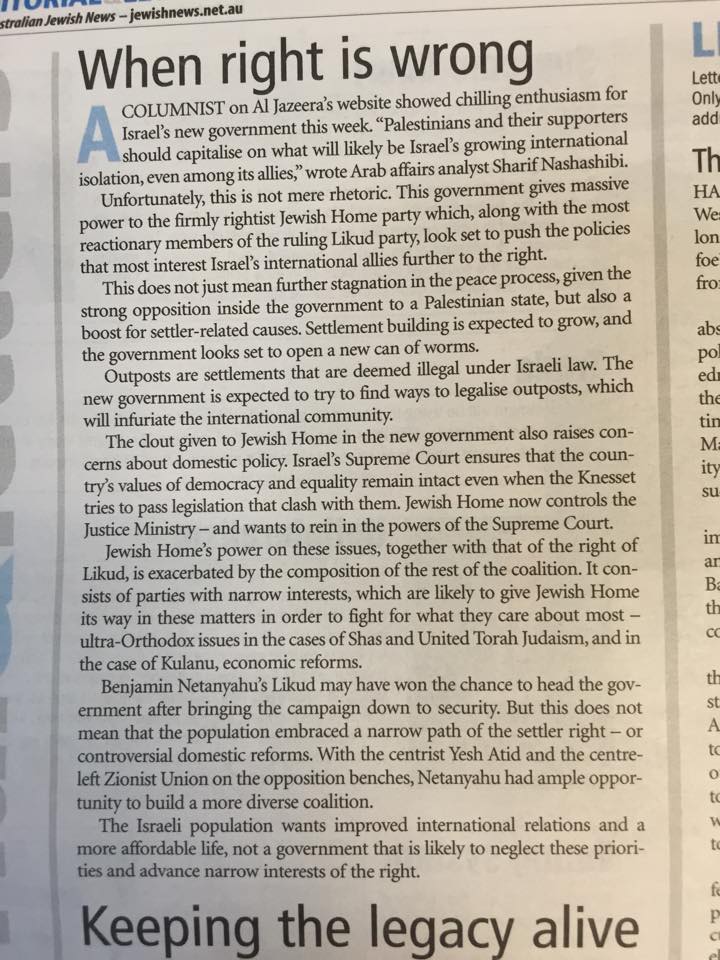 The AJN’s contribution to the community discussion is important and welcome. It reflects that there are many views in the community, and reinforces that supporting Israel doesn’t mean supporting a particular government or policy.

We believe also that there is a role for Australian Jews in shaping a positive future for Israel. We share the views expressed in this editorial about the priorities this coalition has already announced. We’re also concerned that the current trajectory places Israel on a path that waters down democracy, attacks Palestinian citizens of Israel, emboldens the settlement movement, and ultimately undermines Israel’s standing in the world.

In Israel, NIF is part of a coalition opposing these forces. Our vision for Israel is one of a tolerant and inclusive shared society which treasures human rights and democracy for all and provides a voice for society’s most disenfranchised and marginalised.

This is not the time to despair. This is the time to remember and support the work that’s being done by Israelis to enable Israel to realise the Jewish and democratic future envisioned Israel’s Declaration of Independence.

It is also time to develop a strong Diaspora voice supporting what Ari Shavit this week called “revitalized, moral and liberal Zionism,” a way of identifying with Israel through support for Israelis working to address Israel’s flaws, but which rejects the anti-Israel venom too often seen on the left.

This Shabbat, why not start a conversation about these issues with your family and friends? Talk to them about your fears, and share with them your hope for a bright future.

P.S. We have some exciting news about our next speaker, who will be here in the first two weeks of June – we can’t wait to fill you in next week.