NIF Australia is proud to present the Ophir winning film, Censored Voices, in Sydney. Following the film, we will have a Q&A with veteran Israeli journalist Akiva Eldar.

"Censored Voices is a reminder that glorious myths of wars and the men who fight them wither under scrutiny, in Israel and everywhere else." – Screen International

In 1967, Israel was threatened by the armies of Egypt, Syria and Jordan, which had gathered to annihilate the state. Six days later, the war was over. It was seen as a decisive victory for Israel, but beneath the celebrations were stories of the real battles that have remained secret until now.

Directly following the war, a group of young kibbutzniks, led by renowned writer Amos Oz and editor Avraham Shapira, recorded intimate conversations with Israeli soldiers, talking to them about their experiences, the heroism and the tragedies. Censored for 50 years, the tapes are now finally available, and we witness the men as they listen to their confessions from half a century ago. Narrated by Oz himself, this film premiered at Sundance, and won an Ophir Award (Israeli Oscar) for Best Documentary. 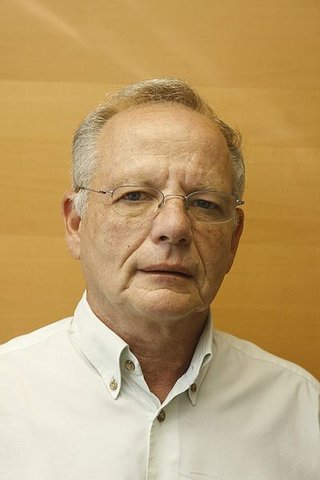 Akiva Eldar is a columnist for Al-Monitor’s Israel Pulse. He was formerly a senior columnist and editorial writer for Haaretz and also served as the Hebrew daily’s US bureau chief and diplomatic correspondent. His most recent book (with Idith Zertal), Lords of the Land, on the Jewish settlements, was on the best-seller list in Israel. In 2006, the Financial Times named him among the world’s most influential commentators. He received the annual “Search for Common Ground” award for Middle East journalism and the Peace through Media Award of the International Council for Press and Broadcasting.

Please come to the theatre to buy your tickets.