Israeli Independence Day in the Age of Covid-19 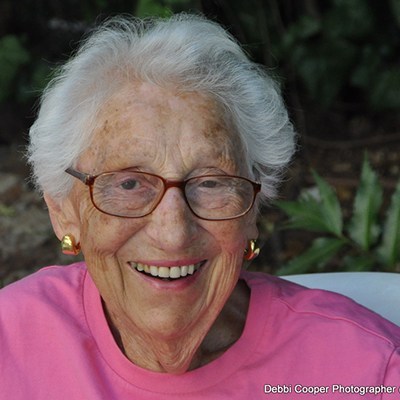 Alice Shalvi is a NIF board member and an educator, feminist activist, social advocate and professor emerita of English literature. She was born in Essen, Germany, in 1926. In 1934, together with her family, she emigrated to England, where she received her education, graduating from the University of Cambridge in 1947 and from the London School of Economics in 1949.

Nobody in Israel will ever forget the country’s 72nd birthday. 2020 will go down in history as the “year of the coronavirus.”

In Israel, the country’s population is doubly plagued, facing the invisible foe of the pandemic, while at the same time being ruled by an interim government that lacks electoral legitimacy and is based on personal interests rather than considerations of the public good.

It is a time of unprecedented and widespread hardship, mass unemployment, financial loss, and increased poverty for those who were already struggling as well as for the newly poor.

It is not a time for grandiose displays or expensive fireworks. The money spent on these would have been better spent on bolstering the woefully inadequate social safety net.

Paradoxically, it is also a time to celebrate the strength, resilience, and resourcefulness of the Israeli public.

A time to pay tribute to the thousands of dedicated healthcare workers who are labouring day and night, selflessly working overtime to control the spread of the coronavirus and save lives.

A time to thank thousands of public employees who have remained at their posts, working from home, despite being on unpaid leave.

A time to praise the thousands of ordinary citizens who are reaching out to people who are homebound, offering services and fulfilling errands that others are forbidden from or physically unable to fulfil.

A time to salute the Israeli army for the efficiency with which they have delivered food and medical supplies to quarantined populations.

A time to show appreciation for the underfunded community centres that are keeping local residents supplied with information and entertainment, including organizing activities for young children with the Israeli Scouts, in order to provide some relief for overburdened parents.

Above all, it is a time to support innumerable social activists who are working to defend democratic norms and civil rights.

A time to salute those who continue to defy attempts to silence their views, meticulously observing social distancing even while they fill the public squares in order to protest government corruption; those who warn against authoritarian tendencies; those who protect freedom of speech, freedom of action, freedom to criticize; those who sound the alarm on government overreach and the rolling back of civil liberties.

I am proud and happy to know that our New Israel Fund family is included in the ranks of these brave fighters for our shared values that inspired Israel’s Declaration of Independence 72 years ago.

That includes everyone: the grantees, the staff of NIF and Shatil, who are sustaining these organizations, and the generous donors and community members all over the world sending their financial and moral support.

We are continuing to carry the banner of shared society, pluralism, equality, justice, peace, and all of the humanist values that have their source in Jewish ethics.

Despite certain demands to amend the words of our national anthem, I still find them totally relevant:

We have not and we shall not abandon our hope of being a truly free people in our land.

For without freedom for all, there is no true freedom.

Without justice for all, there is no true justice.

Without the wellbeing of all its citizens, a state itself is sick.

So long as anyone citizen is chained by want, sickness, or censorship, there is no freedom.

In the face of dark forces that seek to dismantle Israel’s democracy, we send each other a message of encouragement: Chazak v’amatz! Be strong and of good courage!

Despite it all, have a happy Independence Day.