Last week, on the eve of the visit to Australia by Breaking the Silence’s Avner Gvaryahu, the Australian Jewish News published an article by a Benayahu Carmi. He claimed he served “shoulder to shoulder” with Avner for three years, and based on that experience, he alleged that Avner is a liar.

Carmi’s claim is false and this week the AJN published a clarification acknowledging and regretting its error. 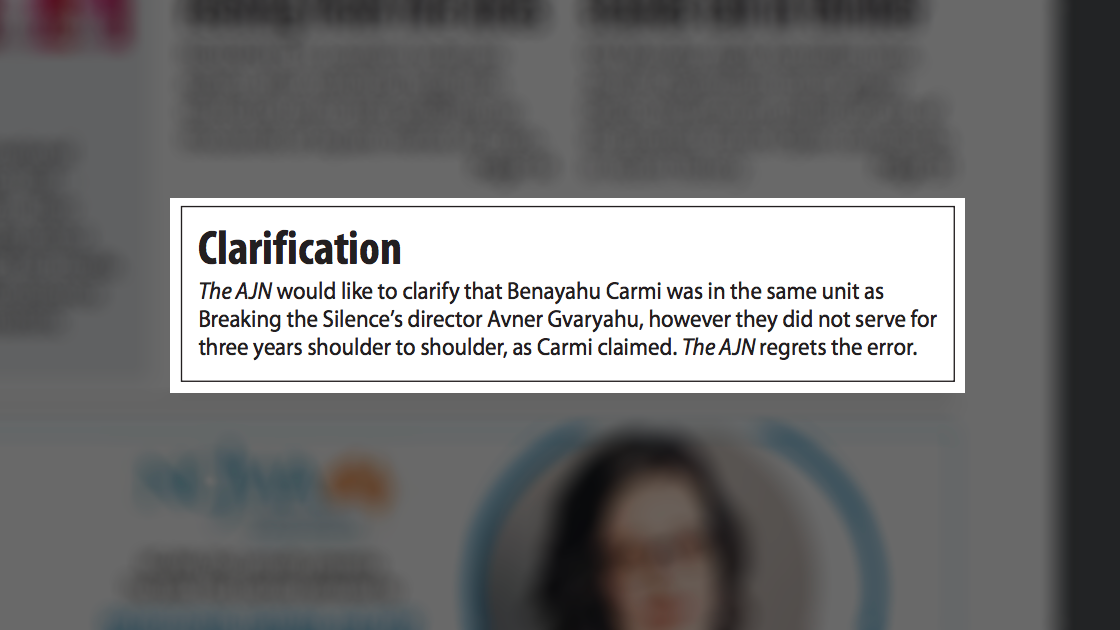 This is not the first time that Breaking the Silence has been the target of a fraudulent attempt to discredit it and the 1,100 patriotic IDF servicemen and women who have testified about the realities of Israel’s continuing occupation of the Palestinian Territories.

This week, almost 600 people came out to NIF events to hear Avner, who appeared with two contributors to the book “Kingdom of Olives and Ash”.

Like you, NIF will not be deterred or deceived by people who think that supporting Israel means silencing those who speak out to strengthen Israeli society.

Like you, we know there is a way to support Israel without supporting the occupation.

Like you, we understand that using deception is often a last resort for those who are unable or afraid to discuss the merits.

Like you, we know that the occupation is toxic for Israelis and Palestinians alike.

And, like you, we will continue to engage with those in the NIF family who are working energetically and often courageously to help bring it to an end, including Breaking the Silence, B’Tselem, Yesh Din, Machsom Watch and many others.

Thank you for your ongoing support.